About the Lake Chapala Area

Lake Chapala is nestled in the beautiful Sierra Madre mountains just 40 minutes south of Guadalajara, Mexico’s second largest city. At an elevation of approximately 5,000 feet and ringed by mountains, Lakeside has a climate cited by National Geographic as one of the best in the world

Along with the weather and economic benefits, North Americans are also enraptured by the breathtaking scenery and picturesque towns and villages that hug the shoreline. So it’s no wonder that between 20,000 and, by some estimates, up to 30,000 Americans and Canadians have chosen to call Lake Chapala home. The local expatriate population consists of full-timers who live here year-’round, snowbirds who escape the cold and spend anywhere from one to six months here and, more recently, a growing number of sunbirds from southern US states who come here in the summer months to escape the stifling humidity, sweltering heat and worsening hurricanes.

Ajijic offers its foreign residents the unparalleled experience of life in a quaint Mexican village…with all the services and amenities of a nearby metropolitan city, lovely Guadalajara

A large community of full-time and seasonal foreign residents enjoy life in Ajijic including an estimated 7,000 U.S. citizens and Canadians. There is a very good representation of people from many parts of the world.

Whether full- or part-time, most of these North Americans (sometimes called “gringos”) live on the Northshore, within easy access of the Guadalajara International airport as well as the sophisticated shopping and cultural life of Guad, as the locals refer to it. Because of this large concentration of expats, the social life is abundant. There are countless cultural activities, a wide range of art galleries, gift shops and restaurants either within walking distance or just a short drive away.

Activities The large number of active charitable, civic and social groups make it easy to meet people and become a part of Ajijic’s community.

Classes in art, handicrafts, music, computers, and Spanish (both conversational and structured) are available. Tennis, golf, walking, jogging, horseback riding, boating, fishing, mountain biking, Tai Chi, and various exercise groups are available for sports enthusiasts. A variety of passive pleasures are available too, such as concerts, art galleries and museums.

Several clinics are located Lakeside, with the principal ones being Clinica Ajijic at Carretera 33, telephones 766-0662, 766-0500 and for 24 hour emergency, 766-1499; San Andrés Clinic adjacent in La Floresta, 766-1198; and Clinica San Jose de la Ribera at Plaza Maskaras, Hidalgo 79-G, Chapala, telephone/fax 765-4805. Most have bilingual doctors on staff. In emergencies, ambulance service is available from these clinics locally or to large modern medical centers in Guadalajara. Medical air evacuation services are available to the United States as well. The Red Cross, 765-2277, which is located on Calle Gonzales Gallo in Chapala, responds to all traffic accident injuries. The services are at no charge, even if an ambulance has to take you into one of the Guadalajara hospitals or a doctor has to perform surgery. Donations to the Red Cross are always appreciated.

Chapala is located about 25 miles south of Guadalajara, the second largest city in Mexico. Chapala is the oldest and most easterly of the area known as Lakeside, a string of towns along the north shore of Lake Chapala popular with expats and tourists from the US, Canada, and Europe.

The town of Chapala, is in the municipality (“county”) of Chapala, on the shore of Lake Chapala. Chapala was founded in 1538 with pre-hispanic history dating back centuries earlier. With a population of approximately 23,000 Chapala offers banks, shopping, restaurants and services, as well as a beautiful malecon, Cristiana Park, and tourist area. 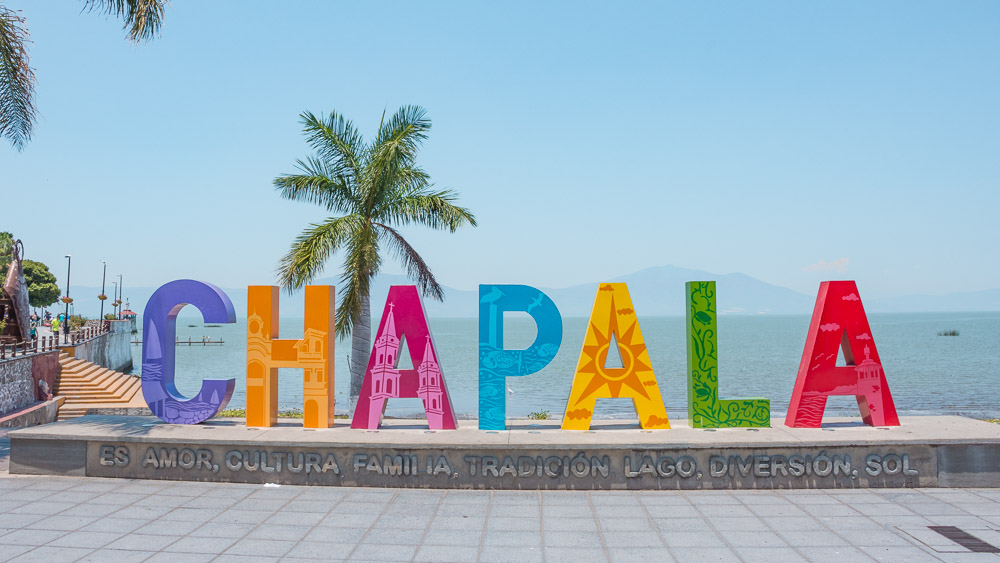 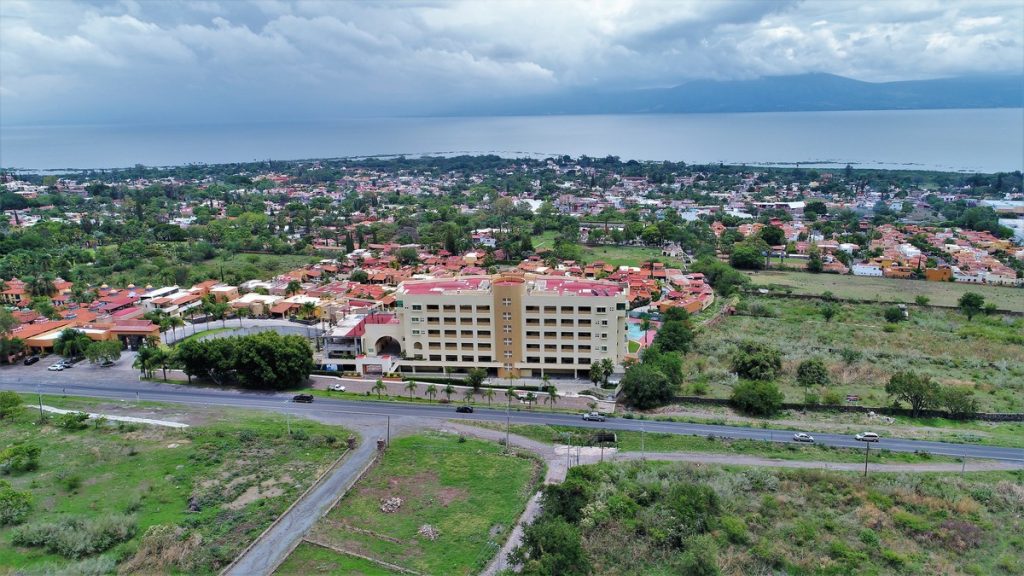 San Antonio Tlayacapan is located between Chapala and Ajijic. With a charming plaza and population of around 5,000, San Antonio offers traditional Mexican charm. But San Antonio is also the location of the Centro Laguna Mall, Walmart, and boasts a new hospital just opened in 2019.

In San Antonio along the carretera (the main road that links the Lakeside towns from Chapala to Jocotepec) are stores and restaurants catering to the tastes and needs of the expat community.  Also in San Antonio are the Lakeside Little Theater and Spotlight Club with live shows and music.

Ajijic lies about 3 miles west of the town of Chapala on the shore of Lake Chapala. Ajijic is the heart of the Lakeside expat community. With a population of about 10,000 full-time residents that number can nearly double when the winter snow birds arrive.

Yet Ajijic retains much of its Mexican fishing village character and charm with cobblestone streets, beautiful lakefront park, and colorful neighborhoods. Ajijic is a center for the arts community with many artists in residence and galleries.

Cultural events abound and because of the high number of foreign residents you’ll find it easy to stay in Ajijic speaking little or no Spanish. Both the local and expat residents are very welcoming and happy to assist newcomers.

In Ajijic you’ll find a number of hotels to choose from, and a large number of restaurants varying from Mexican cuisine, to Thai, to steakhouses, and there are even restaurants specializing in vegan food.

Some of the neighborhoods in Ajijic are: La Floresta, Villa Nova, Lomas de Ajijic, and Rancho del Oro. 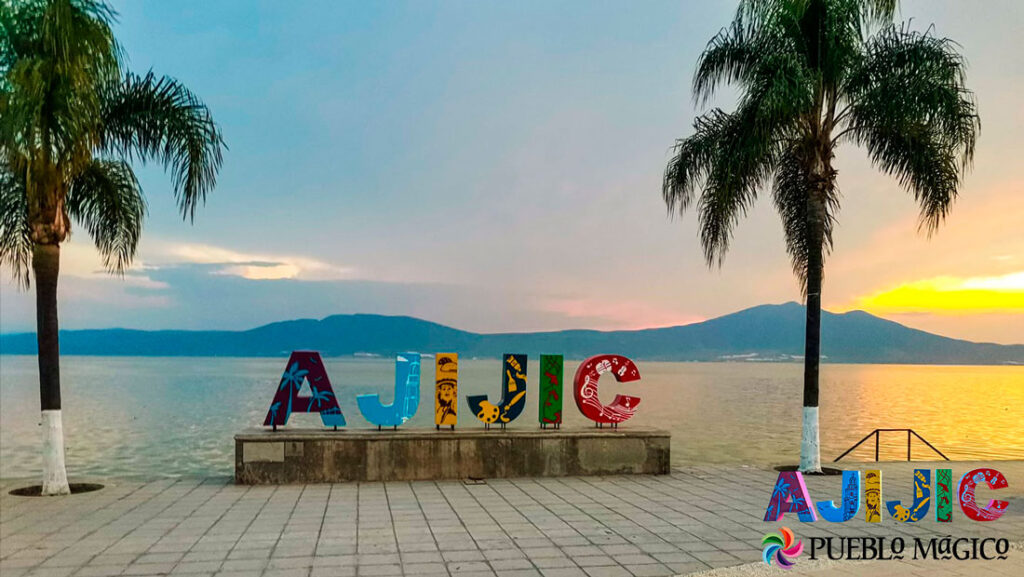 On the mountainside above San Juan lies the Raquet Club, a large and popular subdivision. Many of the beautiful homes there boast impressive views of Lake Chapala. And as the name implies, residents of the Raquet Club have access to tennis courts as well as swimming pools and a clubhouse.

Just to the west of San Juan Cosala is the neighborhood of El Limón.

Jocotepec  is in the municipality (county) of Jocotepec on the west end of Lake Chapala. It is the westernmost town of the area known as Lakeside, which lies from “Joco” on the west, to Chapala on the east. Jocotepec was officially founded in 1529 although it’s prehispanic history can be traced back much farther.

In 2019 Joco is celebrating its 490th anniversary. With a population of near 30,000, Jocotepec is a large town and has several banks, restaurants, and shopping convenient to its residents, as well as a new community hospital.

The plaza in Joco is a gathering place and features many free concerts and events throughout the year. The Jocotepec malecon is another social center featuring various events and on the weekends is full of picnicking families.

Jocotepec has traditionally had fewer expats than other Lakeside towns, but that appears to be changing as it’s small town charm, lower home prices, and lower cost-of-living appeal to more and more retirees. 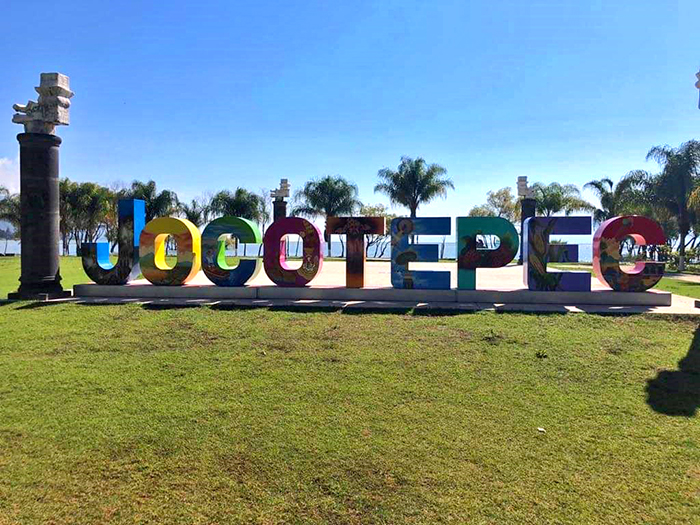 Some people prefer to live a little farther out from the concentration of expats in the Lakeside area. These areas will be a little more challenging for people who do not speak at least a little Spanish, and may have a little less developed infrastructure.

East of Chapala lie the two small towns of Santa Cruz de La Soledad, and San Nicolas de Ibarra. San Nicolas is about a 10 minute drive from Chapala, and Santa Cruz lies about halfway between the two.

The Lake Chapala Country Club and Vista del Lago subdivision are just outside of San Nicolas.

About 15 minutes north of Chapala, and about 25 minutes south from the Guadalajara airport, is the town of Ixtlahuacan de los Membrillos. With about 20,000 residents, Ixtlahuacan is a good-sized town with places to shop, and a number of nice restaurants.

On the south side of Lake Chapala, 15 to 25 minutes from Jocotepec, and an hour or more from Ajijic, are the small towns of San Pedro Tesistán, San Cristobal Zapotitlán, and San Luis Soyatlan. The south side of the lake boasts spectacular views. Home prices and rentals in this area will be considerably less than the north shore of the lake in the Ajijic-Chapala area.

But the distance from shopping, medical centers, and lack of internet (and other infrastructure) are some of the reasons why there are few expats who choose to live here.